In 2020, we worked on a project with Buri Technologies to design an online gender sensitivity and gender-fair language course for the Department of Foreign Affairs’ personnel. I jumped at the opportunity to work on this project because these topics are very close to my heart; as a kid and teenager, I attended a fairly progressive all-girls school and I consider the time I spent there to be a major influence on who I am today. As early as 14 years old, we were already critiquing texts using a feminist lens, learning about female scientists (that rarely, if ever, got the credit and recognition that their male counterparts had gotten), and talking about the discrimination women faced in the workplace.

Being part of the Habi team means believing in the vision of a creative, inclusive, socially just, and healthy society and taking the necessary steps to make that vision real. While my team and I learned so much from designing the course, I know there’s still a lot of room for us to grow as an inclusive design organization, especially since our understanding of sexual orientation, gender identity, and gender expression (SOGIE for short!) continues to evolve as we learn more about how diverse people experience the world. This lab note includes my reflections on gender inclusivity and some baby steps that we can all take to build a more inclusive world. 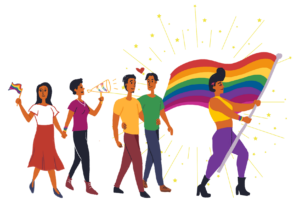 SOGIE is an abbreviation that combines sexual orientation, gender identity, and gender expression.

You might have encountered the term SOGIE in the news; advocacy groups have been trying to pass a national anti-discrimination law since 2000 and its most recent iteration is nicknamed the SOGIE Equality Act.

SOGIE tends to be one of those things we tend to take for granted when our identities don’t deviate from what’s considered “normal.” For example, as a heterosexual (or straight) person who identifies as female, I’ve never had to think about whether or not I could get married to my male partner or whether or not I’d be turned away from particular establishments for preferring pants over a skirt. But it’s not this simple for everybody.

Recent online hearings about the bill have surfaced a lot of misconceptions about gender orientation and even the LGBT+ community itself. At its core, the bill only seeks to ensure legal protection for everybody, regardless of sexual orientation, gender identity, and gender expression.

What we learned about inclusivity

“The LGBT youth continue to suffer from stressors in the forms of discrimination, exclusion, and gender-based violence. Their potentials and wellbeing are shattered and shaken.”

When we think about discrimination, sexism, or homophobia, we often imagine intentional instances like women with the same qualifications being paid less than men or excluding people from our friend group because of their sexual orientation. But even unintentional, seemingly harmless actions can perpetuate discrimination.

In many languages including English, masculine pronouns like he, him, and his are often used as the generic form when referring to mixed-gender groups, or persons with unknown gender. It’s difficult to shake off this habit; this is what we were taught in school and we just got used to it over time.

In the article “Can Gender-Fair Language Reduce Gender Stereotyping and Discrimination?” (2016) it was found that the use of masculine generics for mixed-sex and mixed-gender groups or persons with unknown sexes or genders evoke a male bias in mental representations and make readers or listeners think more of male than female exemplars of a person category. For example, in the sentence –

The designer prepared his questions just in time for user testing.

The use of the pronouns “his” can lead most people to assume that the designer is male even though the sex isn’t clearly specified. Even the use of modifiers like male or female can perpetuate certain ways of thinking; ever notice how we tend to just call female nurses “nurse” and male nurses “male nurses?” Or how we call male guards “guards” and female security guards as “lady guard?” These modifiers can lead us to believe that these occupations are just for particular sexes.

Aside from wanting to avoid male bias, using a person’s preferred pronouns is a simple technique of showing respect to their chosen identity. Respecting the way people have chosen to identify is just one approach to creating a safe space that is conducive to learning.

What we can all start doing

In the age of social media, it’s not out of the ordinary to see people going viral or getting mercilessly critiqued for saying things that are perceived as ignorant. Admittedly, there are a lot of things that I don’t know, especially since our understanding of SOGIE and gender issues is constantly evolving as we learn more about the human experience. Part of being a good ally is acknowledging that nobody is born perfectly just. We might pick up harmful assumptions throughout our lives and it can be difficult to let go of them. Rather than immediately being aware of what’s good and just, it’s more important to be constantly willing to unlearn and re-learn, acknowledging that our own lived experiences might be limited in comparison. Here are some baby steps we’ve been trying – you can try them out too! 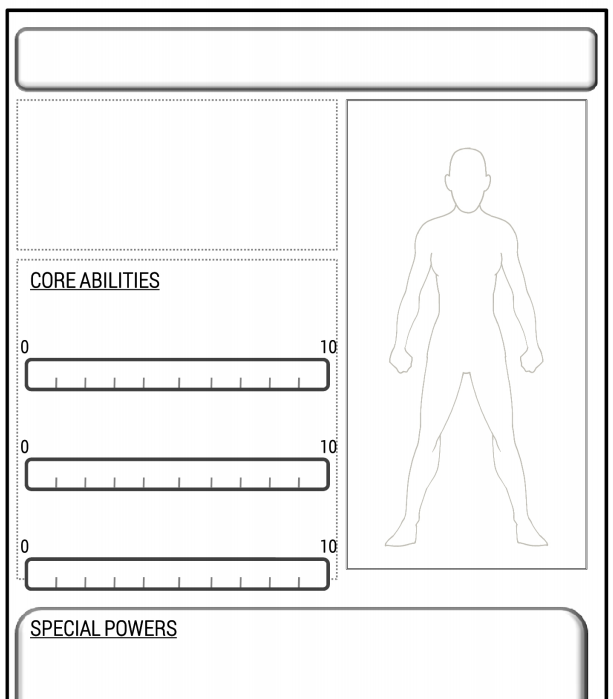 This is an “avatar” worksheet we made for Prism in 2017. We had a conversation back then on whether it looked gender-neutral enough. What do you think?

We’ve got a long way to go before we can say that Habi is 100% gender inclusive but as long as we continue to lead with empathy and curiosity for human experiences, I think we’re on the right track.

Kaye has been a student of international relations, a social studies teacher, a law student, an editor for a women's magazine, and a researcher for community-based tourism. These days, she's a Learning Experience Designer, interested in gender issues, curriculum studies, and history.

Project-based Learning in a Pandemic