The best part about Design Thinking is that, like the scientific method, it’s an endless cycle of searching, trying, and sharing. There’s no settling. – Pau Joquiño

Design Thinking is a mindset that can be employed in any environment. Habi focuses on bringing its processes and principles into education, but Design Thinking can be used for innovation and effective problem solving in any field that’s willing, from business and government to small-scale enterprises.

ISIP, or Integrating Science in the Philippines, is a key example. Founded earlier this year by graduating students from Philippine Science High School (Pisay), the organization was an offshoot of a project assigned in DICE (Design, Innovation, and Creativity Elective), a class taught by Habi cofounder Gerson Abesamis.

Pau Joquiño, a student of the class, was interviewing friends about informal learning, only to have it spiral into a discussion on science education. In two hours they had come up with a name for themselves and the goal of building a culture of science in the Philippines in the same way that Pisay had done for them. Concretely, they wanted their plans to translate through online media and a science camp. However, drafting an initial concept is only half the battle. “We didn’t know where to start,” says Joquiño. “This is where Habi came in.”

In the next few months, ISIP continually revisited Habi’s four-step process for Design Thinking to build and rebuild their foundation. “Design thinking as a process allowed the camp and ISIP as an organization to come up with a concrete identity and vision. As I led the team during the planning stages, I tried to bring what we do in DICE to ISIP and use the same stimulating activities to generate ideas, filter them, and develop the best options. The process was not clean and smooth, but it got the gears turning,” he says.

To refine their working identity, ISIP took advantage of Pisay’s annual Youth Math Science and Technology Festival. They held a beta testing event, in which selected classes could familiarize themselves with the organization and then critique their vision and mission, share ideas for projects—particularly the science camp—and comment on their initial online material. “What was really great about the beta testing was that we got feedback not just from schoolmates but students and teachers from other schools… It was a wake up call for us to concretely define who we are as an organization and what we wanted to do,” Joquiño recalls.

“Initially, one of our goals was to prepare incoming grade 6 students for the NCE, the entrance exam for Pisay. But after feedback from parents and teachers, we stuck to one goal and that was to increase an appreciation in our participants for science and its importance to the Philippines through a Pisay experience,” he adds. “We want the kids to take away the same feeling of wonder and curiosity instilled in us as Pisay students.”

As for their target market, ISIP originally intended to take in incoming grade 8 students, then adjusted upon further consideration. “Feedback pointed out that having a group that was too diverse would be difficult to handle, especially in terms of subject matter. However, after applications came in, we realized that students from other year levels were eager to join, and we decided to accept incoming grade 7 to incoming grade 10 students.” 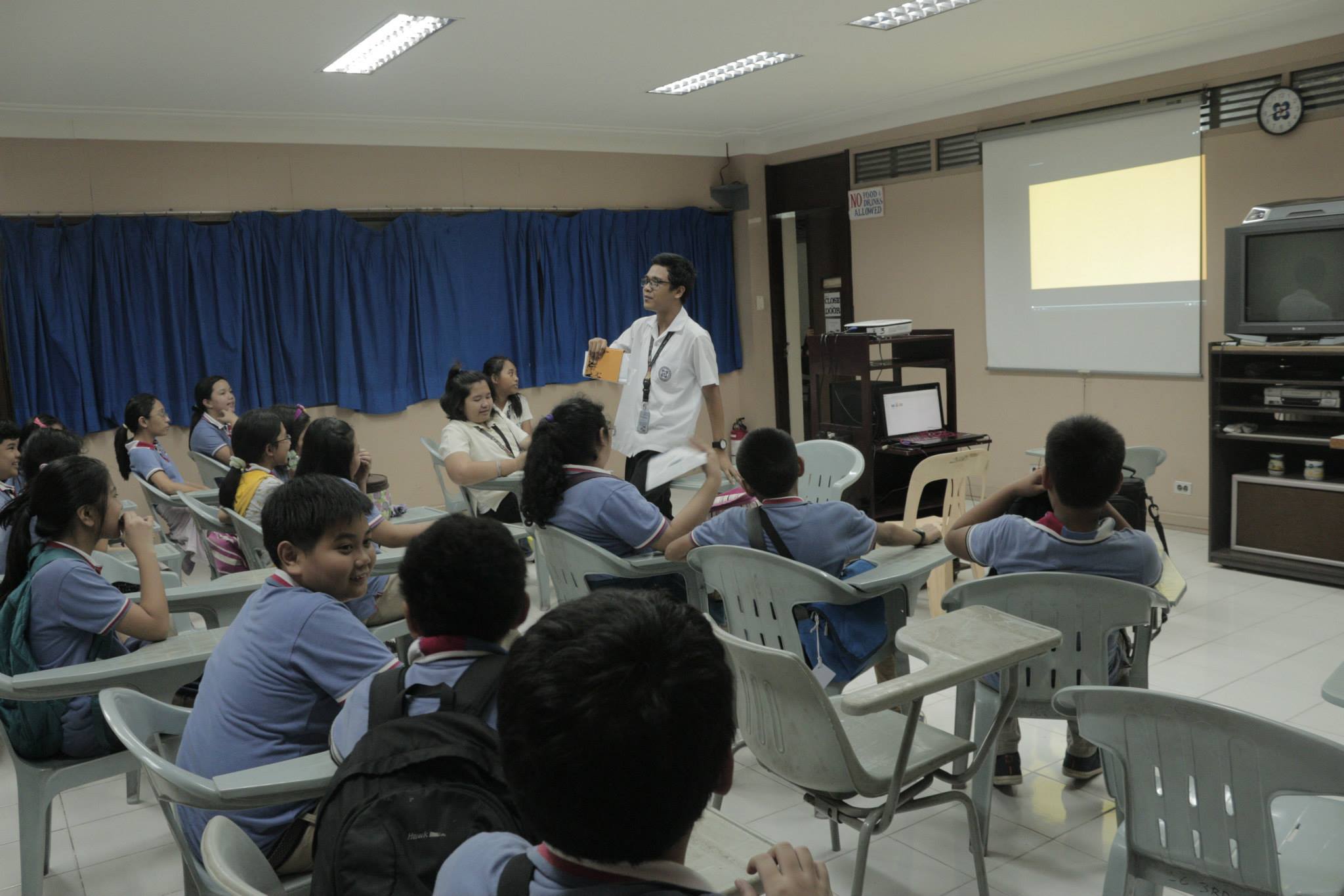 Equipped with a better understanding of their purpose and plans, ISIP began to hold more concrete brainstorming sessions. The first was with Pisay teachers to come up topics and activities for the science camp. “It was interesting how the topics and activities were combined to give the former structure and the latter purpose,” says Joquiño. The following session was held within ISIP to process the comments and ideas they had generated so far. 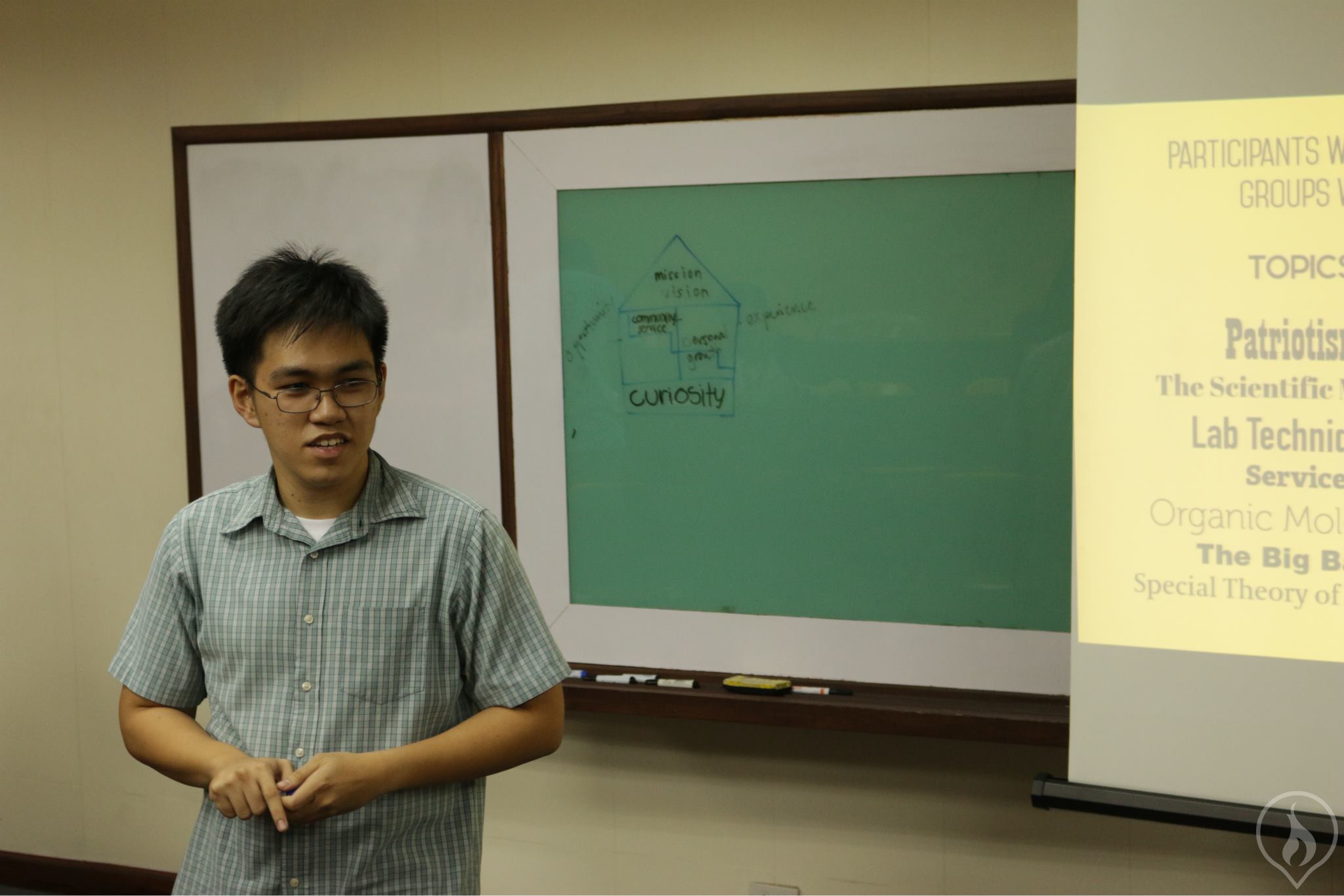 The next step was to translate their ideas into a feasible and effective program, tackling the questions of budget, programs, and partners for the camp. As Habi stresses, however, part of the prototyping process is failing—and using that as a tool for feedback and improvement. “Although everything seemed good to go, there were a lot of holes and numerous revisions were necessary. In fact, the original program we had come up with had to be scrapped after conferring with teachers for a second time,” Joquiño says. “The original program was too intimidating and too complicated to be handled by our target participants. In a week, we came up with a new program, simpler yet still fulfilling and exciting.” 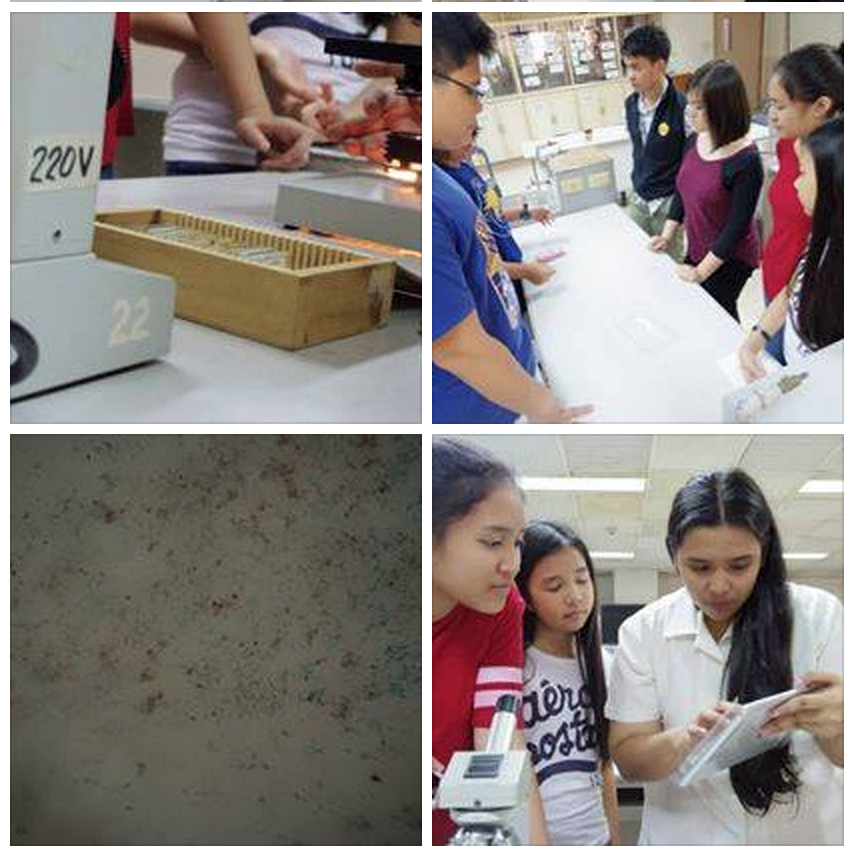 In May, ISIP launched the first Discovery Science Camp, a five-day event that hosted 29 participants from incoming grade 7 to 10 from both public and private schools. They seem to have hit the mark with activities that were both informative and engaging, holding fossil and firework making workshops and an “Aghamazing Race,” where one station called participants to dip their hands into a beaker of water that had 220 volts passed through it (“They had to trust the science concept of conduction to save them from being electrocuted,” explains ISIP member Cid Azcarraga). Tasked with addressing environmental problems in the Philippines, participants also presented plans for water filter designs and experiments for plastic degradation, among others. 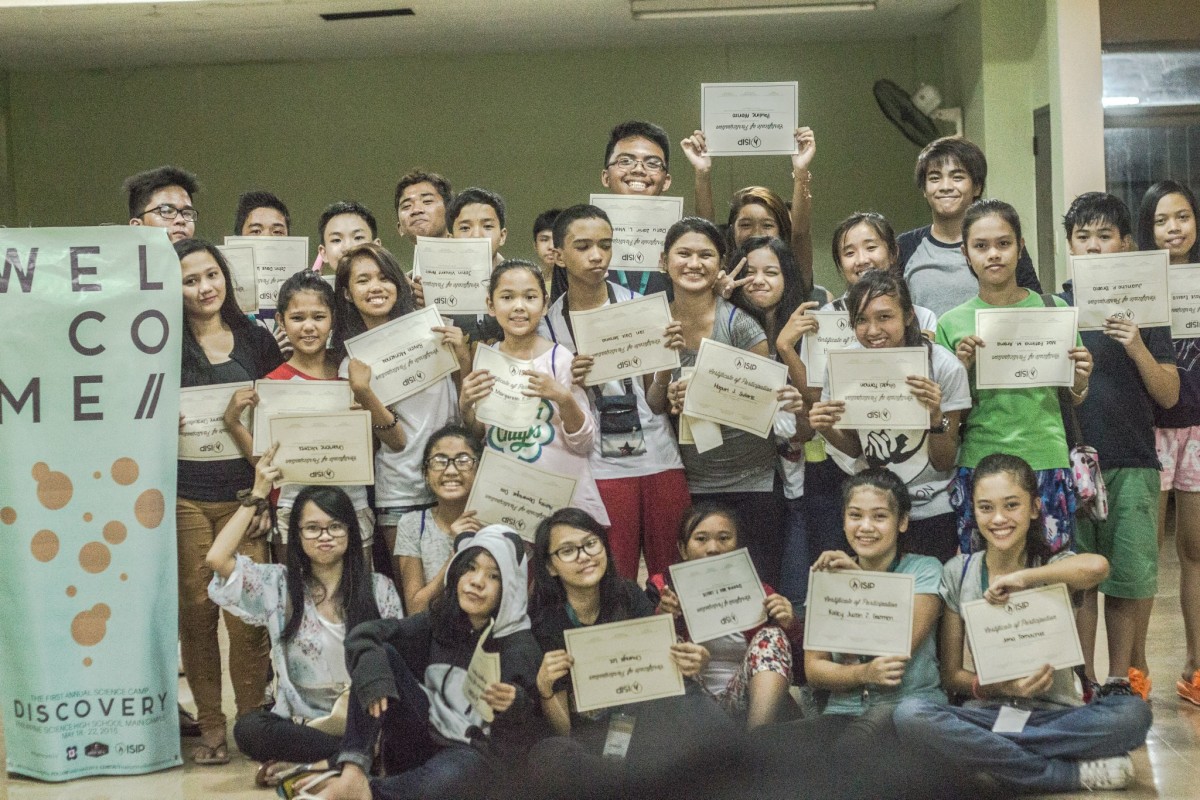 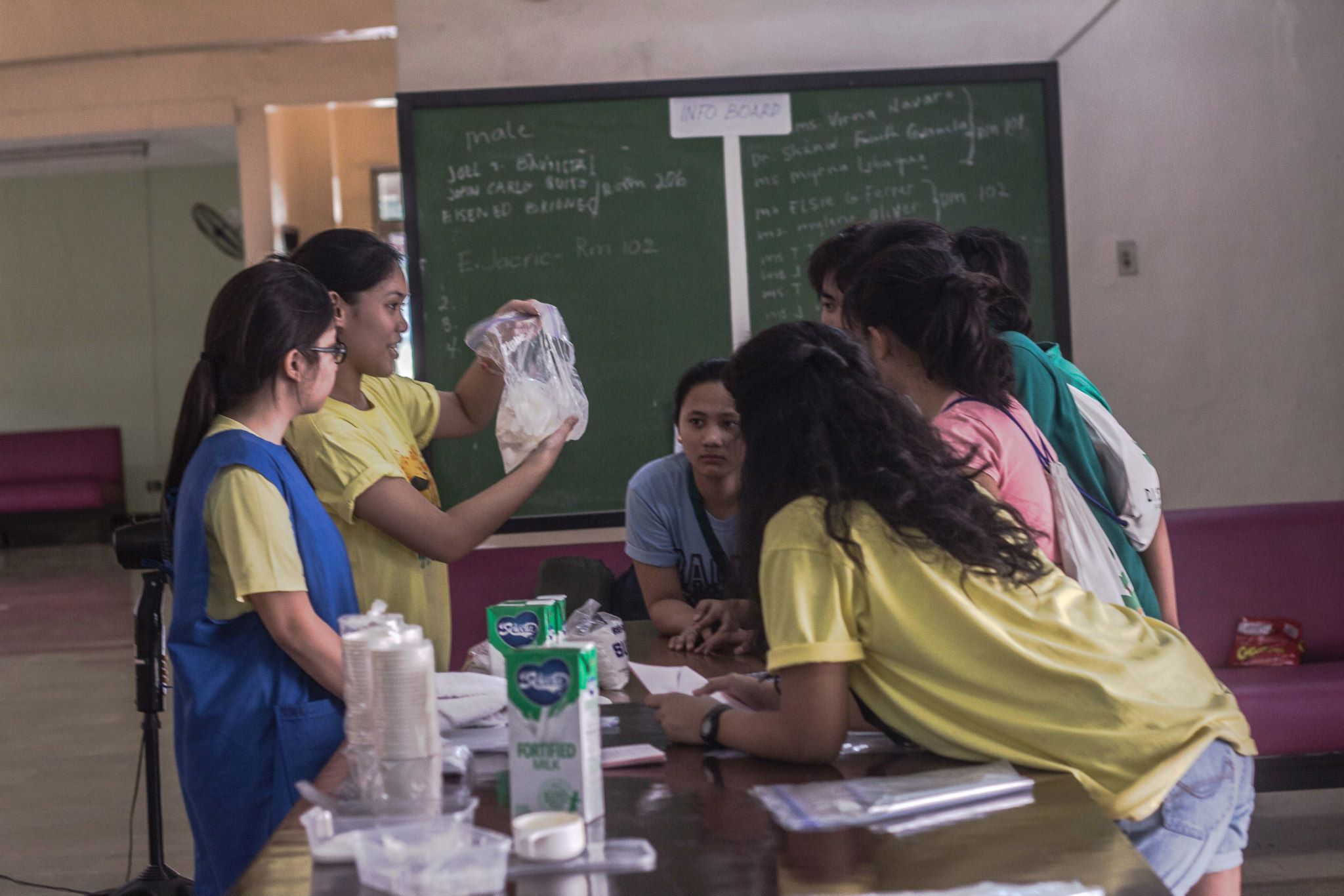 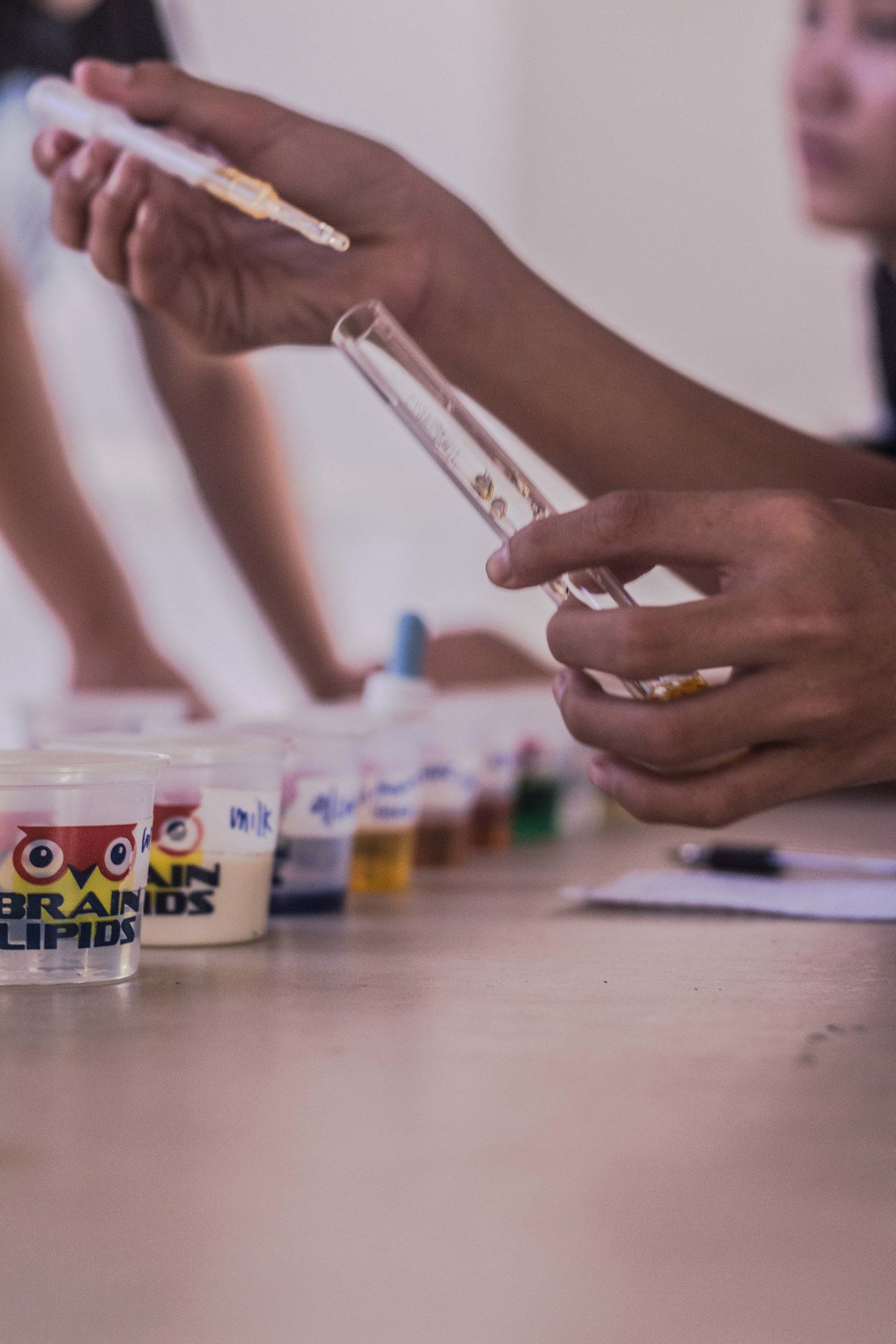 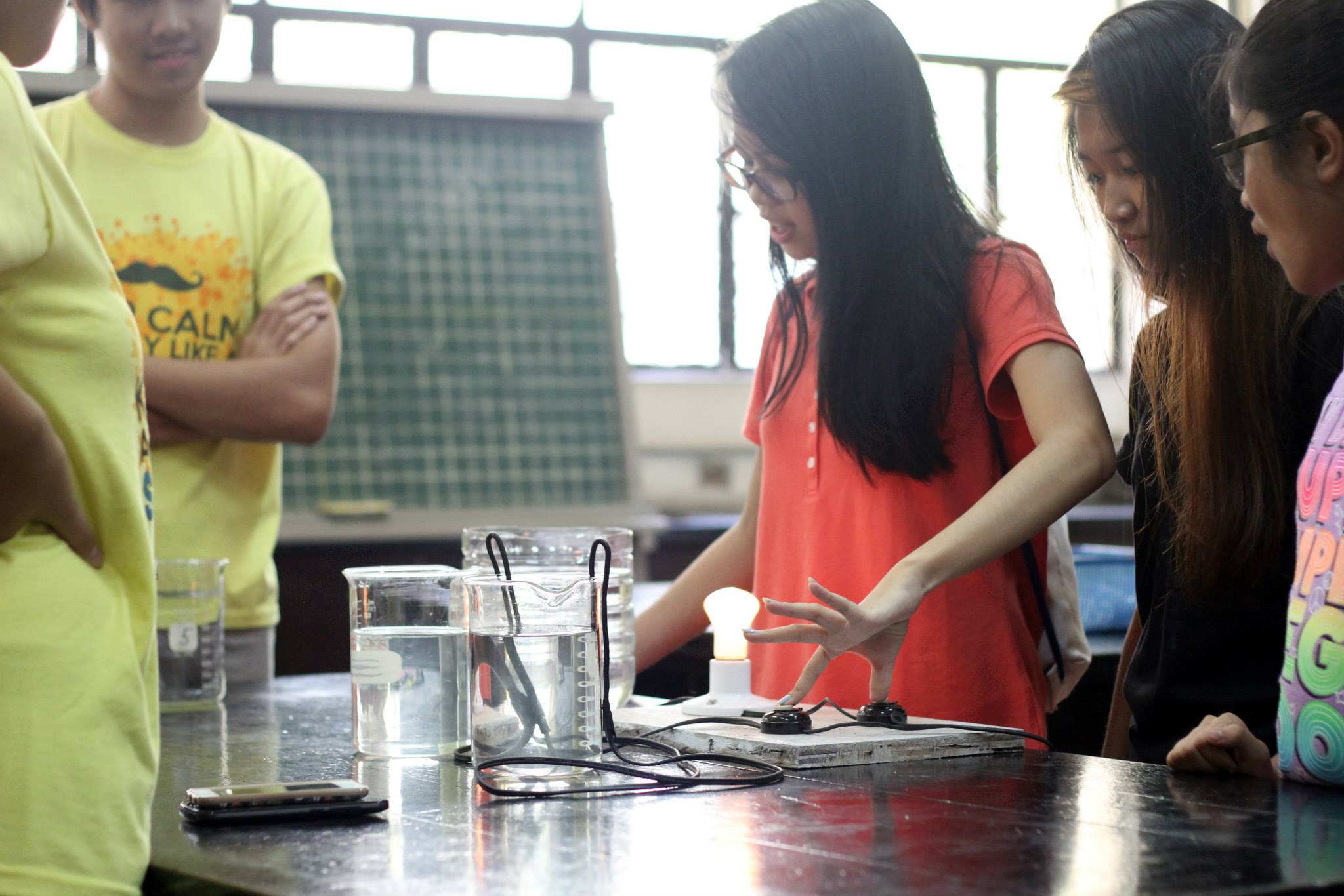 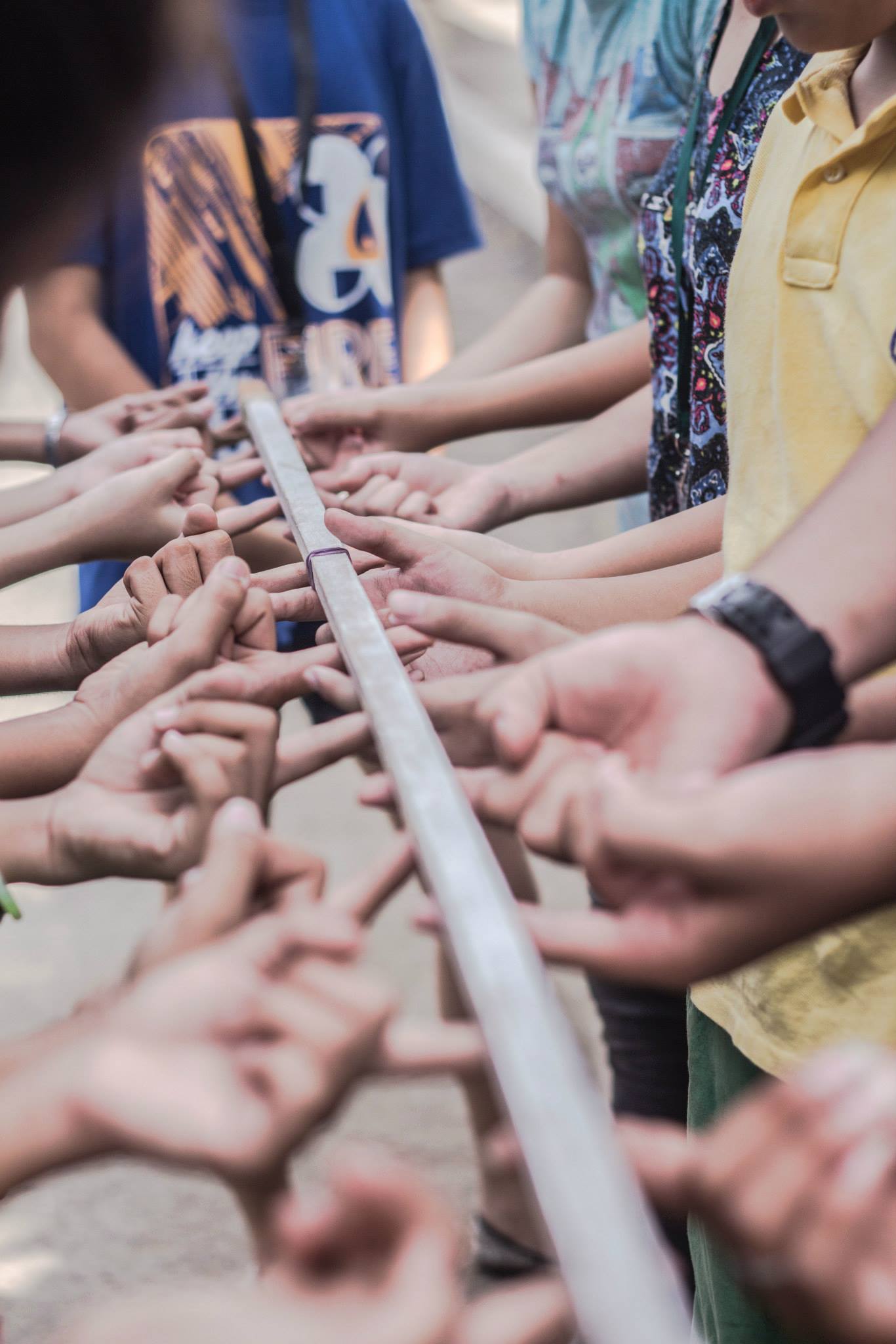 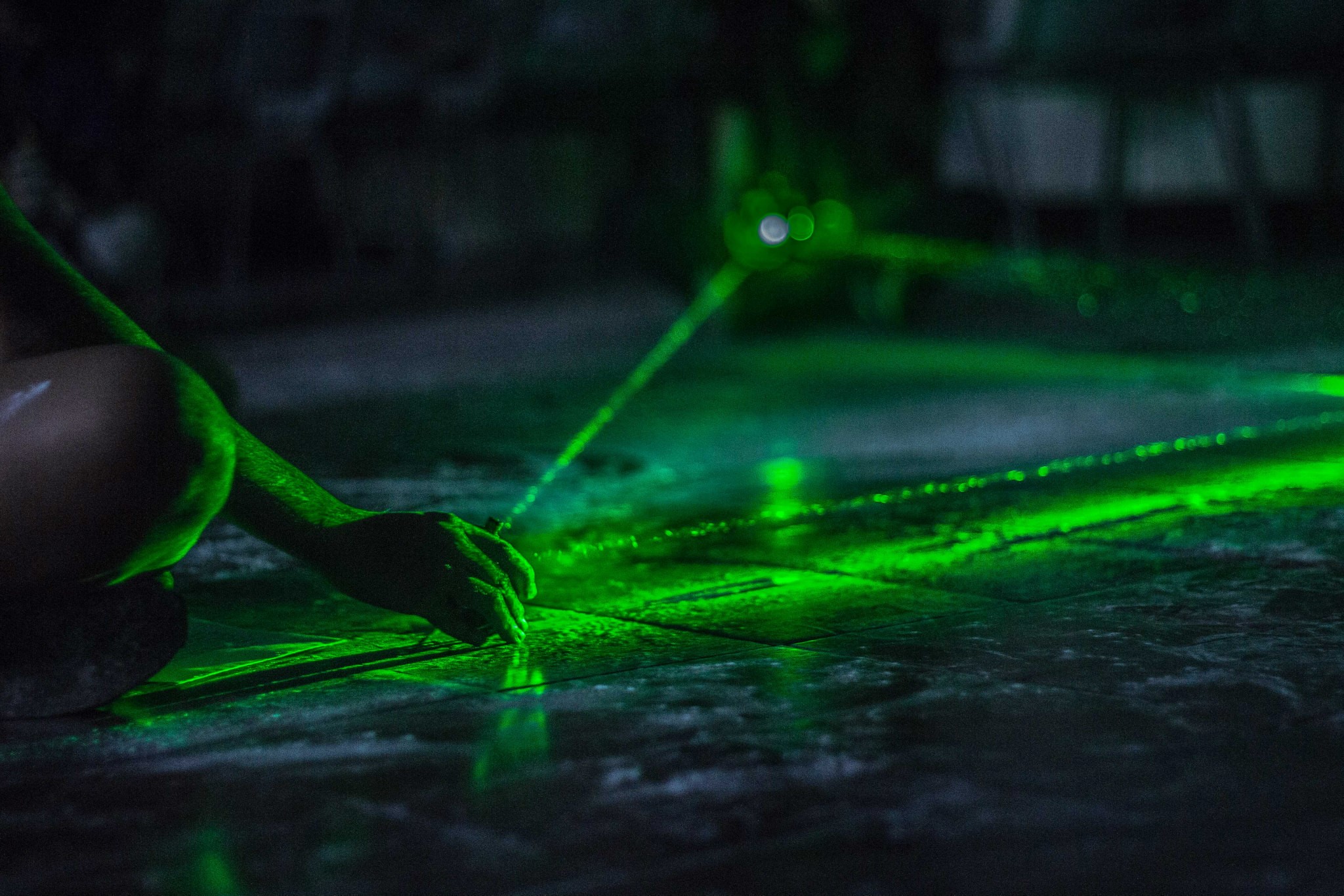 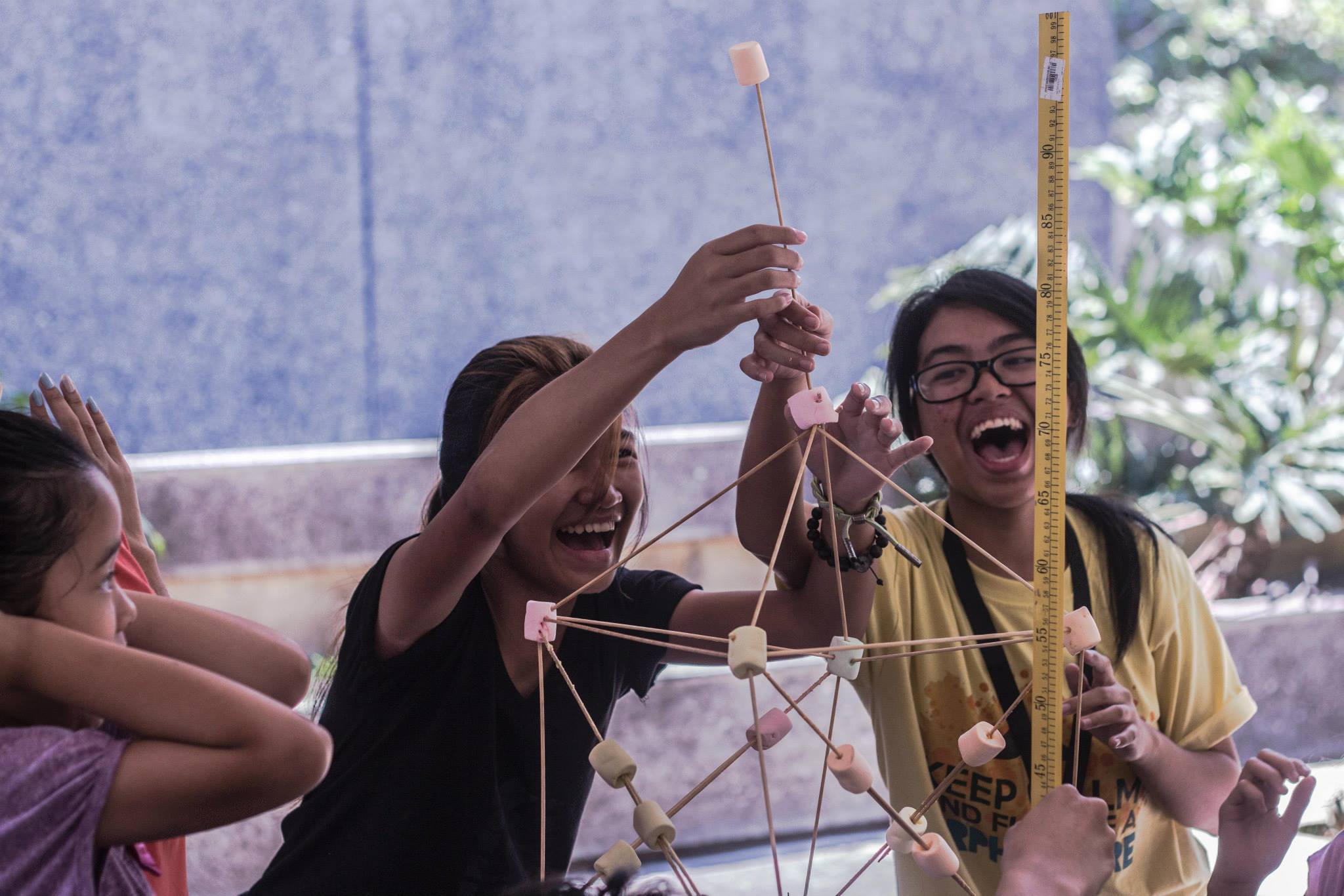 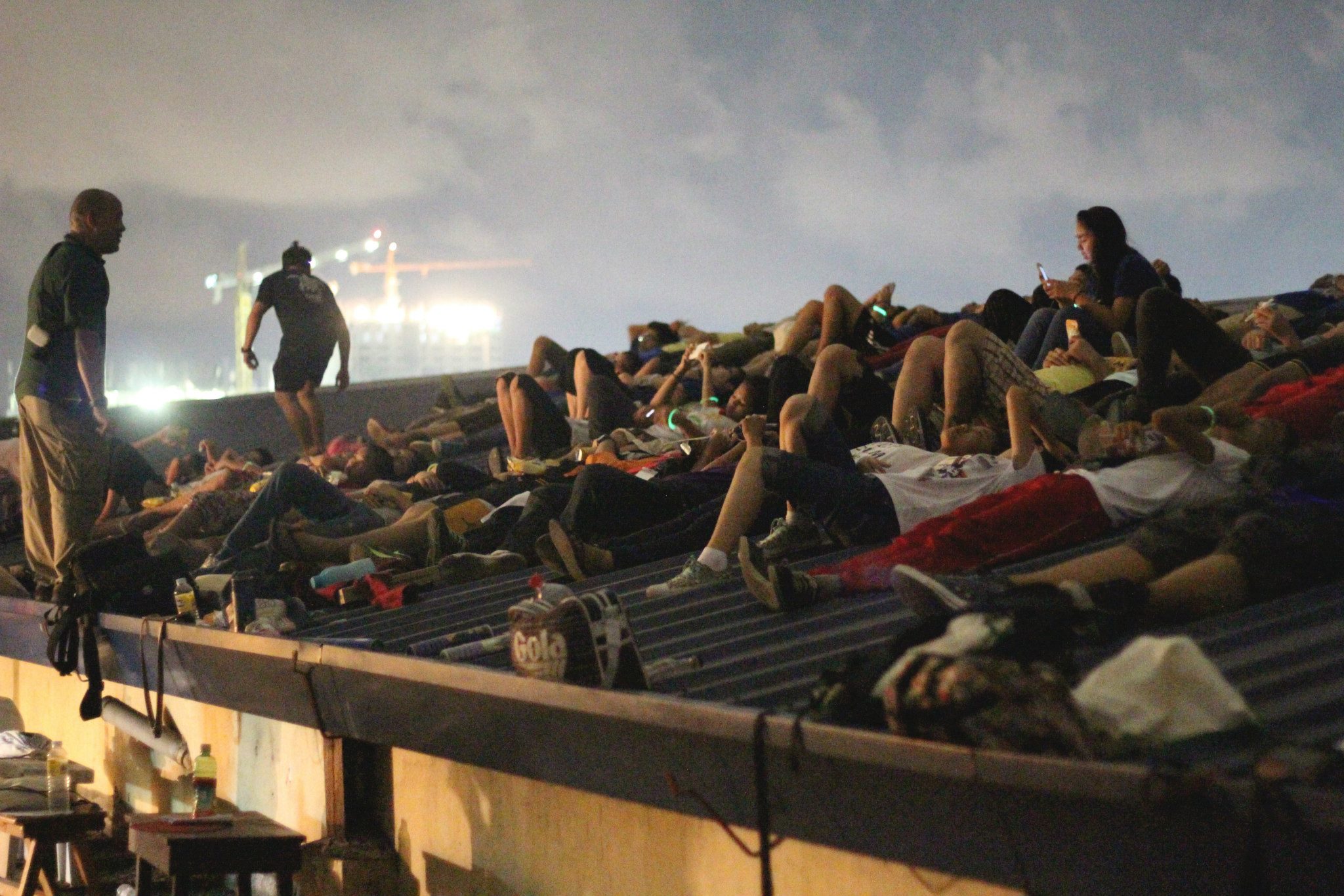 In retrospect, ISIP acknowledges that Design Thinking was a key element not only of their success, but of the existence of the camp in the first place. If they had entertained the idea of the camp without the Design Thinking mindset, Azcarraga says, “We would have waited for a venue, for participants, for funding, and for volunteers before thinking that making a camp was possible. But here, having that mindset, we only needed to prototype the camp and—based on the beta-testing—decide on whether to push through with the camp or not.”

“DICE was all about learning how to learn, learning how to fail, and learning how to communicate with the user,” Joquiño recalls. “Design Thinking puts the whole creative process in perspective, because now the user is in the spotlight rather than the designer. It gives a more directed purpose to any goal and, despite its simplicity, is effective in helping sift through possibilities to find one that is feasible, practical, and beneficial for the user… The best part about Design Thinking is that, like the scientific method, it’s an endless cycle of searching, trying, and sharing. There’s no settling.” 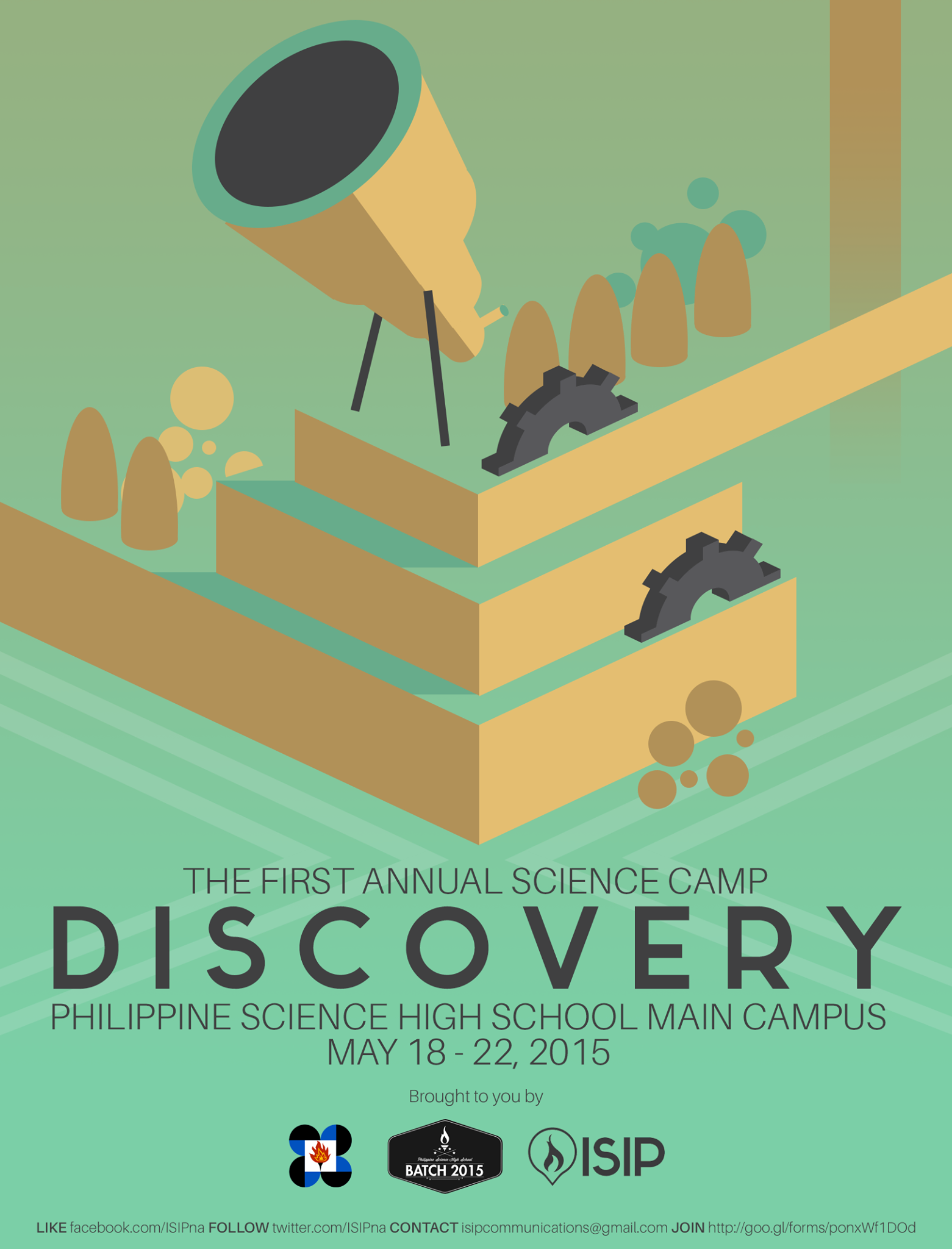