Excel Center for Educational Leadership is a nonprofit organization that aims to equip public school principals with leadership development training. Last July 21-22, 2017, they brought the Habi team to Infanta, Quezon for the second module of their Leadership Development Program, which focused on teaching school leaders how to use design thinking in creating more empathetic school programs and interventions.

During the Himayin ang Problema stage of the design thinking process, we used an activity that we learned from frogdesign.com’s Collective Action Toolkit called The Ripple Effect in order to look at the impact a possible solution would have on the different stakeholders involved in a problem. After identifying an issue that the participants wanted to work on for the two-day program, we asked them to identify a group of stakeholders that they wanted to focus on and to write them down in the middle of a manila paper.

“Imagine that your problem has been solved,” we prompted, “what do you think will be the positive and/or negative effects on the people closest to the stakeholders you’ve chosen?”

After identifying these effects, we asked the participants to think bigger: what will the effects be on the school community? On the neighborhood? On the town? One thing we appreciated about facilitating this workshop is that it exposed us to the different problems school leaders outside of Manila have to face; from waste management, to the lack of electricity and internet connectivity, to conflicts between the school and the nearby landowners. 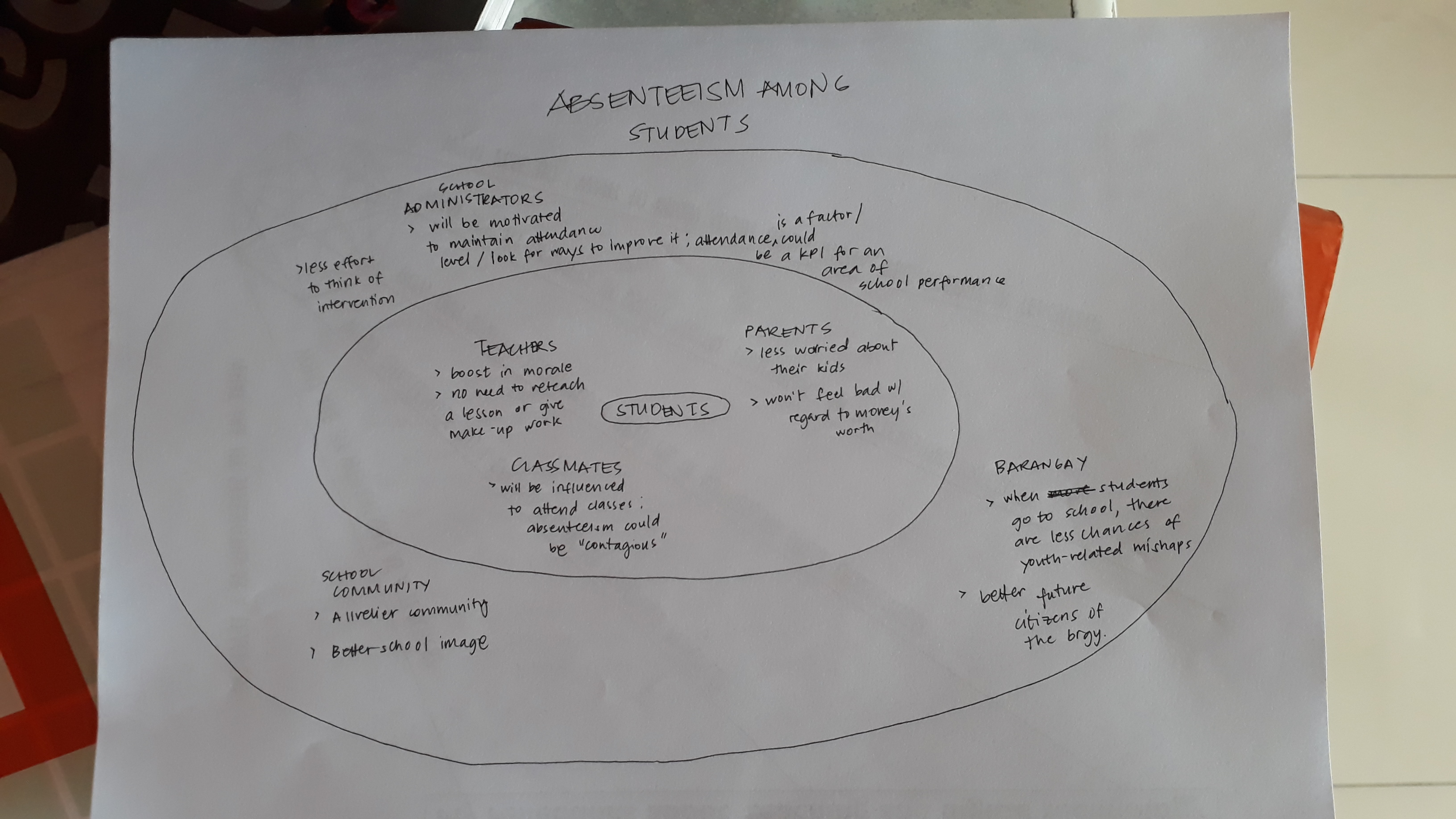 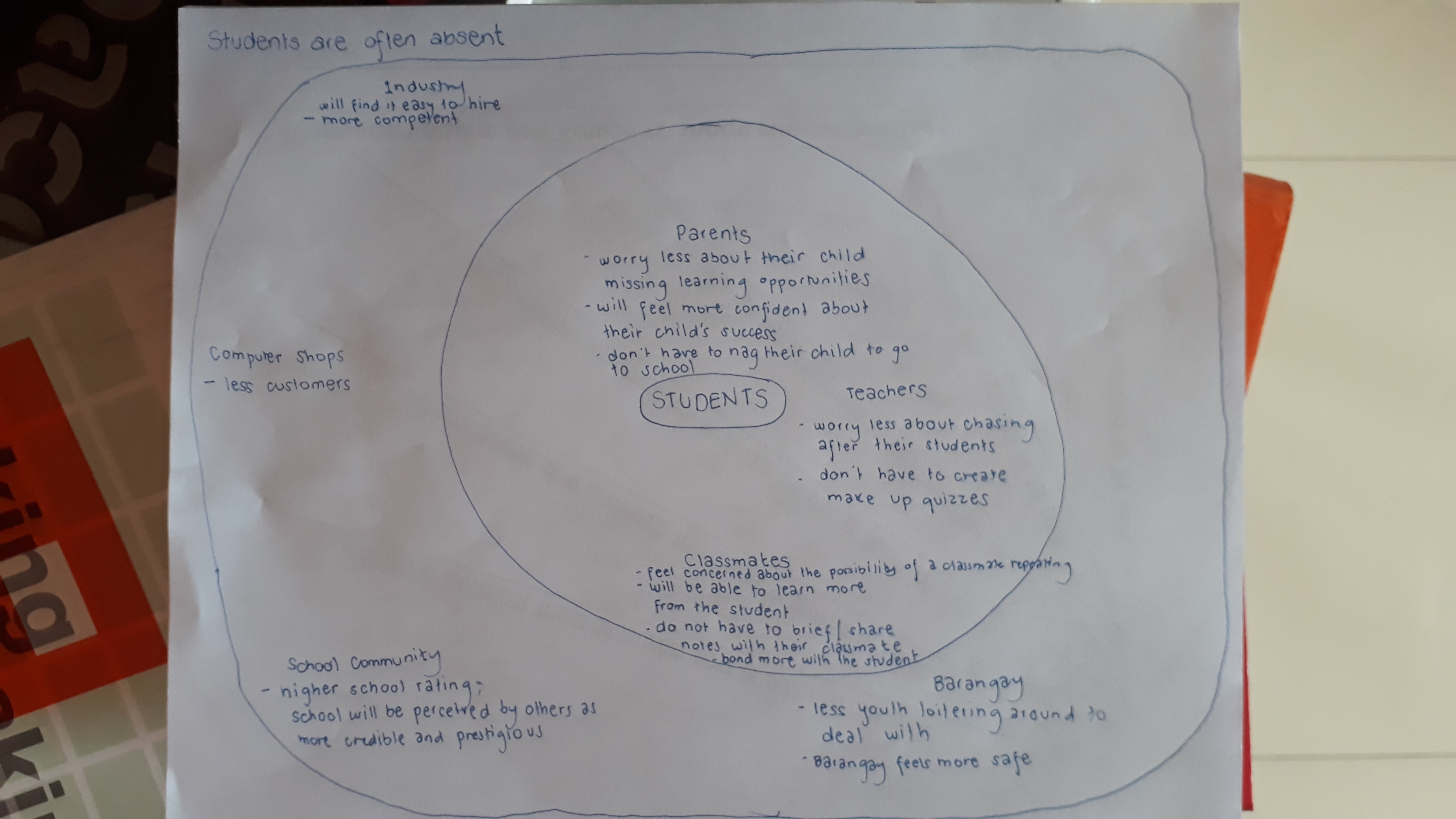 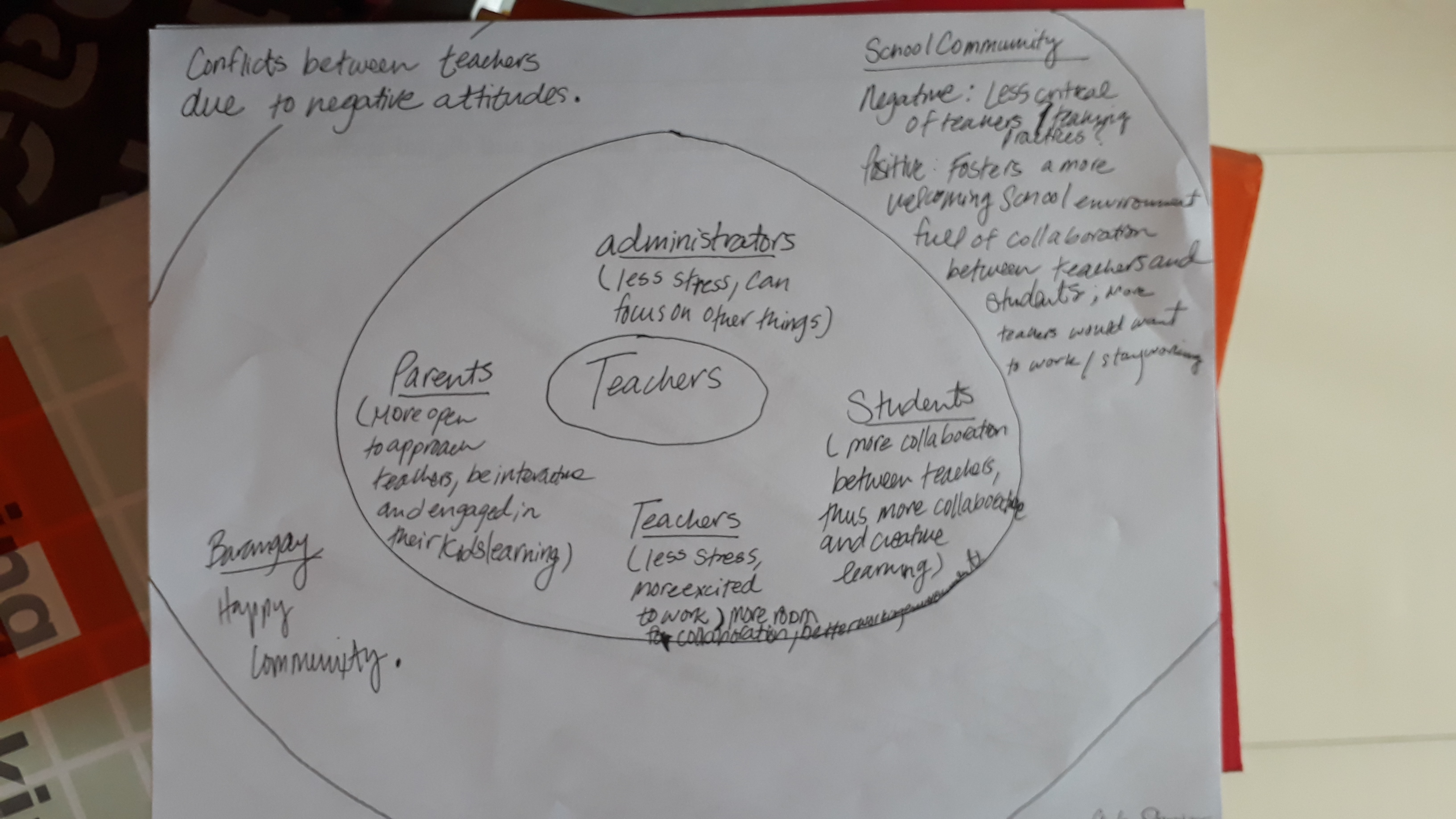 Although the original instruction of the activity was to select a circle (or a ‘ripple’) to focus on and to create a timeline for when they would want to see these effects, we ended the activity with some volunteers sharing their Ripple Effects to the group. The participants realized that although they may have the best intentions in wanting to solve the problems in their school community, the effects that the solution may have are not always going to be positive.

Making the Ripple Effect a part of the design thinking process helps expand the participants’ range of empathy to encompass not only their immediate stakeholders, but those connected to them as well. It also empowers them, making them see that although their problems may seem small, solving it has the potential of making bigger ripples of change in a larger community.

The internet is one of the greatest assets we utilize because of its limitless resources especially for teaching and learning. However, do our teachers find what they are looking for? Could they directly use these references for their classes? How helpful is the internet for them?

As designers, we try to be constantly optimistic. We don't see problems, we see challenges. We view them as possibilities to build a better... Read More
istanbul escort