In most classrooms, teachers are accustomed to assuming the role of the leader. They teach what they know to those who do not. In educational workshops, including Habi’s, they generally adopt the position of the learner, and we the role of the facilitators.

This particular Habi Open Lab, however, was an attempt at organic community learning that forced both our participants and ourselves out of the molds that we’re used to. At the surface, the title of “Teachers Teaching Teachers” was self-explanatory: participants were expected to both teach and learn from each other, though how exactly that would be implemented was never explicitly explained.

To begin the workshop, participants were first given color-coded Post-its on which they were asked to write down subject matter they were interested to learn as well as subject matter they felt they could teach. The topics, rather than being limited to academics, ranged widely from Adobe Photoshop and business development to organic farming and children’s literature. The Post-its were then spread, with no definitive categorization, across two 45-minute sessions that would take place in six rooms. 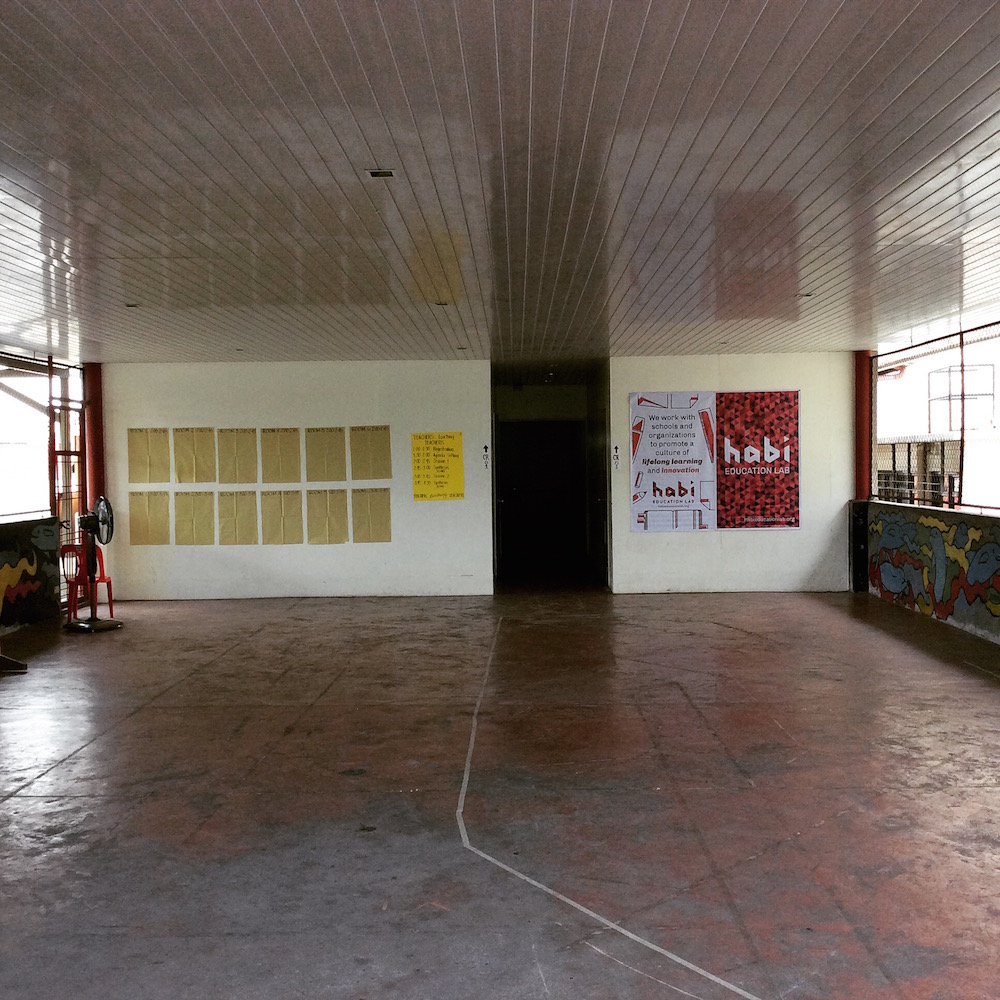 The scheduling wall before the event

For the first session, the participants filtered out into rooms of their choice, depending on what subjects they felt inclined to learn. They had the freedom to go from room to room if they wished, so long as it was within the allotted 45 minutes. Though Habi representatives were present in each room, we encouraged the flow of conversation rather than steered it.

A peer learning session in action

This entropy created an understandable awkwardness, the absence of an assigned facilitator and the lack of a set syllabus forcing everyone out of their comfort zones. The success of the session depended wholly on the participants: whether someone would voluntarily take the floor, whether people would ask questions, whether anyone would speak up at all. Though discussions did begin to take form—some rooms assessing Montessori schools versus traditional schools, other exploring travel tips and arts and crafts—this began only when participants realized it wasn’t going to be a session in which they could listen to an expert speaker from the comfort of a seat in the audience.

This entropy created an understandable awkwardness, the absence of an assigned facilitator and the lack of a set syllabus forcing everyone out of their comfort zones. The success of the session depended wholly on the participants: whether someone would voluntarily take the floor, whether people would ask questions, whether anyone would speak up at all.

At the end of the session, participants shuffled rooms, selecting topics of interest for the next 45 minutes. Now that the goal of co-learning was clearer, conversations also came more easily. People were quick to pitch in, to move the discussion on their own rather than wait for others to do it for them. One room readily jumped into their topic of entrepreneurship, some business owners sharing their experiences while the less experienced asked for advice. This time, 45 minutes seemed to be too short, the opposite sentiment from the earlier round.

The take-away from this particular set-up is the value in doing away with the standard dichotomy between teachers and learners, wherein the former provides information and the latter passively receives it. That said, the awkwardness of the initial session is not only unavoidable, it’s pivotal. Rather than just teaching what you know or absorbing what you don’t, this prototype for peer learning is both an opportunity for organic discussions as well as an exercise in asserting authority over your own learning. 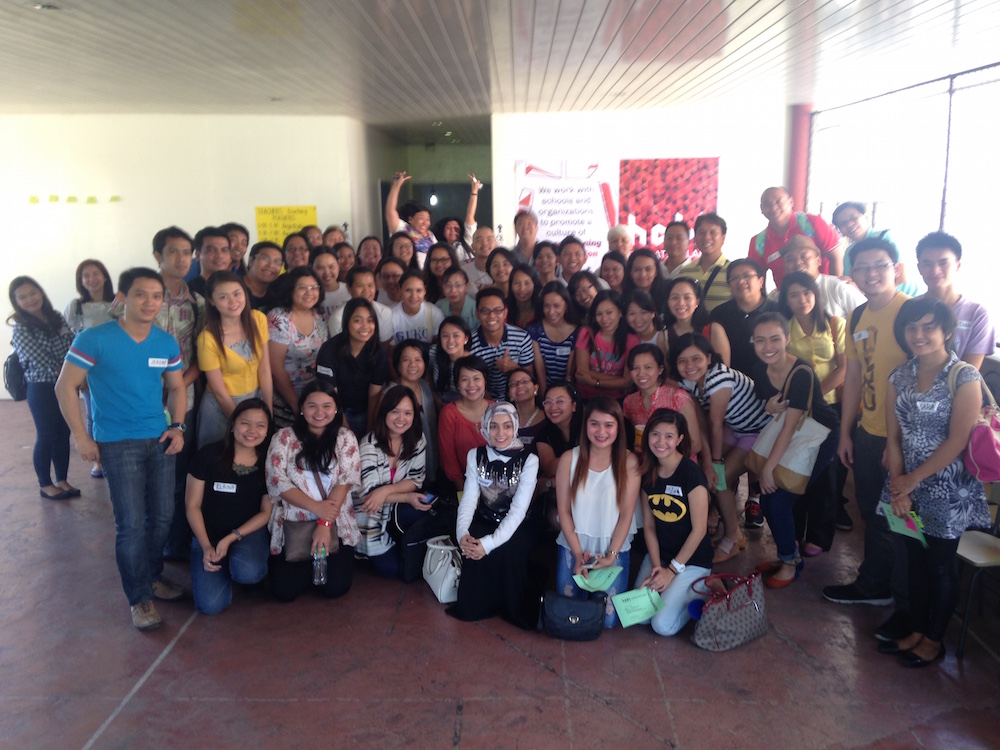 Group photo of the teacher/learners